Create a Pathway to a Second Chance 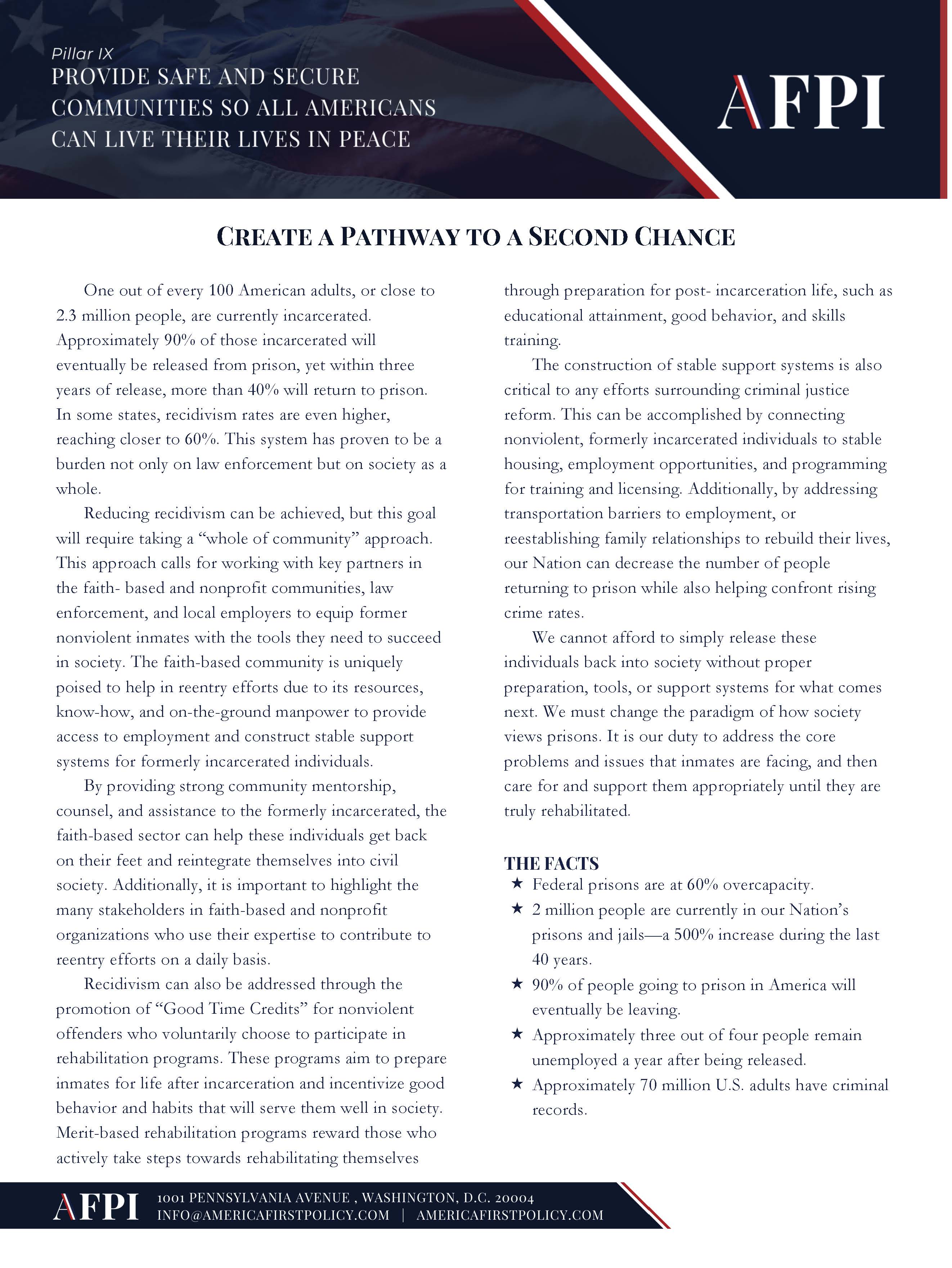 One out of every 100 American adults, or close to 2.3 million people, are currently incarcerated. Approximately 90% of those incarcerated will eventually be released from prison, yet within three years of release, more than 40% will return to prison. In some states, recidivism rates are even higher, reaching closer to 60%. This system has proven to be a burden not only on law enforcement but on society as a whole. Reducing recidivism can be achieved, but this goal will require taking a “whole of community” approach.

This approach calls for working with key partners in the faith- based and nonprofit communities, law enforcement, and local employers to equip former nonviolent inmates with the tools they need to succeed in society. The faith-based community is uniquely poised to help in reentry efforts due to its resources, know-how, and on-the-ground manpower to provide access to employment and construct stable support systems for formerly incarcerated individuals.

By providing strong community mentorship, counsel, and assistance to the formerly incarcerated, the faith-based sector can help these individuals get back on their feet and reintegrate themselves into civil society. Additionally, it is important to highlight the many stakeholders in faith-based and nonprofit organizations who use their expertise to contribute to reentry efforts on a daily basis.

Recidivism can also be addressed through the promotion of “Good Time Credits” for nonviolent offenders who voluntarily choose to participate in rehabilitation programs. These programs aim to prepare inmates for life after incarceration and incentivize good behavior and habits that will serve them well in society. Merit-based rehabilitation programs reward those who actively take steps towards rehabilitating themselves through preparation for post- incarceration life, such as educational attainment, good behavior, and skills training.

The construction of stable support systems is also critical to any efforts surrounding criminal justice reform. This can be accomplished by connecting nonviolent, formerly incarcerated individuals to stable housing, employment opportunities, and programming for training and licensing. Additionally, by addressing transportation barriers to employment, or reestablishing family relationships to rebuild their lives, our Nation can decrease the number of people returning to prison while also helping confront rising crime rates.

We cannot afford to simply release these individuals back into society without proper preparation, tools, or support systems for what comes next. We must change the paradigm of how society views prisons. It is our duty to address the core problems and issues that inmates are facing, and then care for and support them appropriately until they are truly rehabilitated.