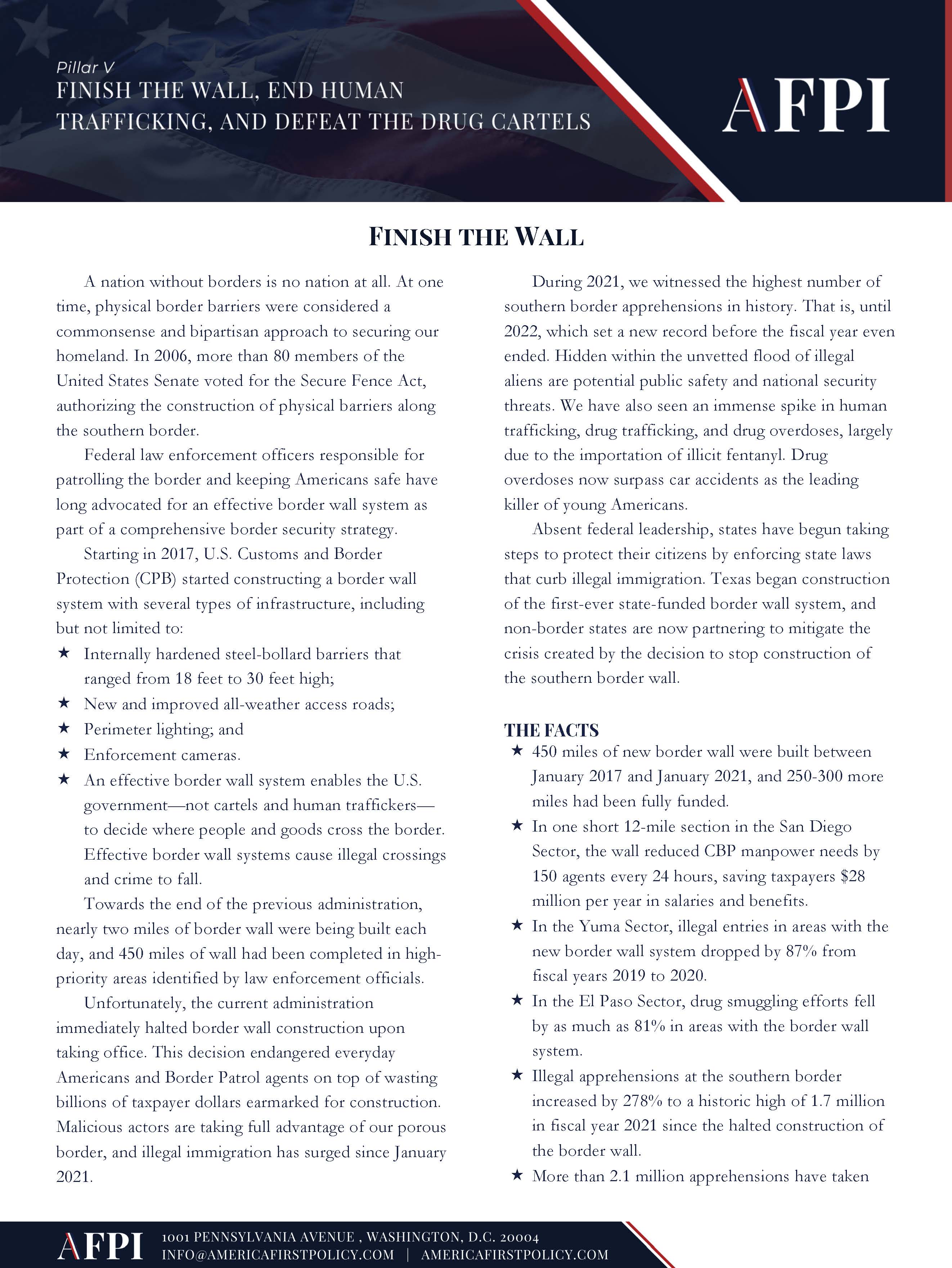 A nation without borders is no nation at all. At one time, physical border barriers were considered a commonsense and bipartisan approach to securing our homeland. In 2006, more than 80 members of the United States Senate voted for the Secure Fence Act, authorizing the construction of physical barriers along the southern border.

Federal law enforcement officers responsible for patrolling the border and keeping Americans safe have long advocated for an effective border wall system as part of a comprehensive border security strategy.

Starting in 2017, U.S. Customs and Border Protection (CPB) started constructing a border wall system with several types of infrastructure, including but not limited to:

Towards the end of the previous administration, nearly two miles of border wall were being built each day, and 450 miles of wall had been completed in high-priority areas identified by law enforcement officials.

During 2021, we witnessed the highest number of southern border apprehensions in history. That is, until 2022, which set a new record before the fiscal year even ended. Hidden within the unvetted flood of illegal aliens are potential public safety and national security threats. We have also seen an immense spike in human trafficking, drug trafficking, and drug overdoses, largely due to the importation of illicit fentanyl. Drug overdoses now surpass car accidents as the leading killer of young Americans.

Absent federal leadership, states have begun taking steps to protect their citizens by enforcing state laws that curb illegal immigration. Texas began construction of the first-ever state-funded border wall system, and non-border states are now partnering to mitigate the crisis created by the decision to stop construction of the southern border wall.

Texas Has a Sovereign Obligation to Protect Its Citizens with Border Enforcement by John A. Zadrozny, America First Policy Institute (Aug. 2021).

The Case for an “America First” Approach to Homeland Security and Immigration, America First Policy Institute (May 2021).