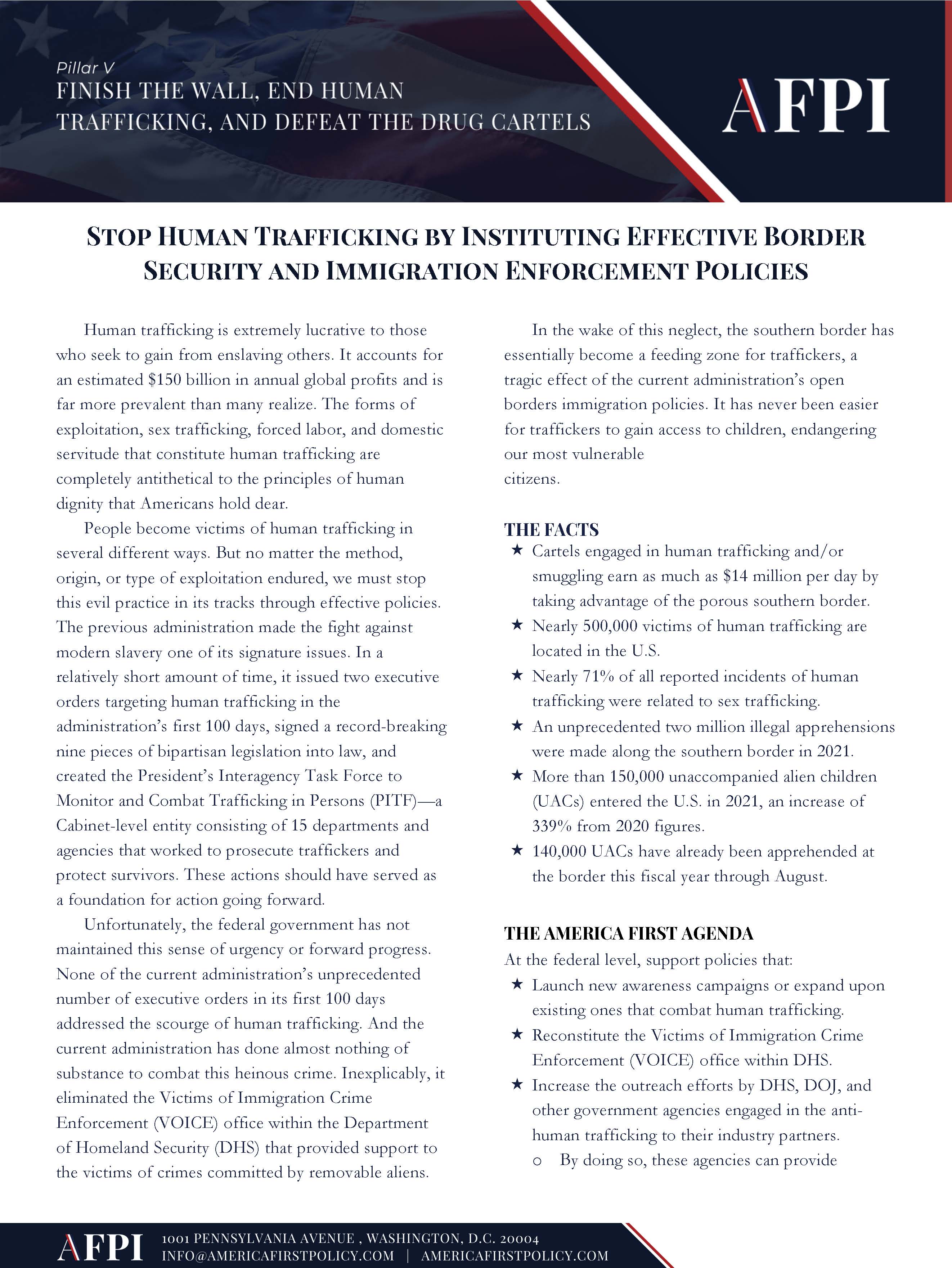 Human trafficking is extremely lucrative to those who seek to gain from enslaving others. It accounts for an estimated $150 billion in annual global profits and is far more prevalent than many realize. The forms of exploitation, sex trafficking, forced labor, and domestic servitude that constitute human trafficking are completely antithetical to the principles of human dignity that Americans hold dear.

People become victims of human trafficking in several different ways. But no matter the method, origin, or type of exploitation endured, we must stop this evil practice in its tracks through effective policies. The previous administration made the fight against modern slavery one of its signature issues. In a relatively short amount of time, it issued two executive orders targeting human trafficking in the administration’s first 100 days, signed a record-breaking nine pieces of bipartisan legislation into law, and created the President’s Interagency Task Force to Monitor and Combat Trafficking in Persons (PITF)—a Cabinet-level entity consisting of 15 departments and agencies that worked to prosecute traffickers and protect survivors. These actions should have served as a foundation for action going forward.

Unfortunately, the federal government has not maintained this sense of urgency or forward progress. None of the current administration’s unprecedented number of executive orders in its first 100 days addressed the scourge of human trafficking. And the current administration has done almost nothing of substance to combat this heinous crime. Inexplicably, it eliminated the Victims of Immigration Crime Enforcement (VOICE) office within the Department of Homeland Security (DHS) that provided support to the victims of crimes committed by removable aliens.

In the wake of this neglect, the southern border has essentially become a feeding zone for traffickers, a tragic effect of the current administration’s open borders immigration policies. It has never been easier for traffickers to gain access to children, endangering our most vulnerable citizens.