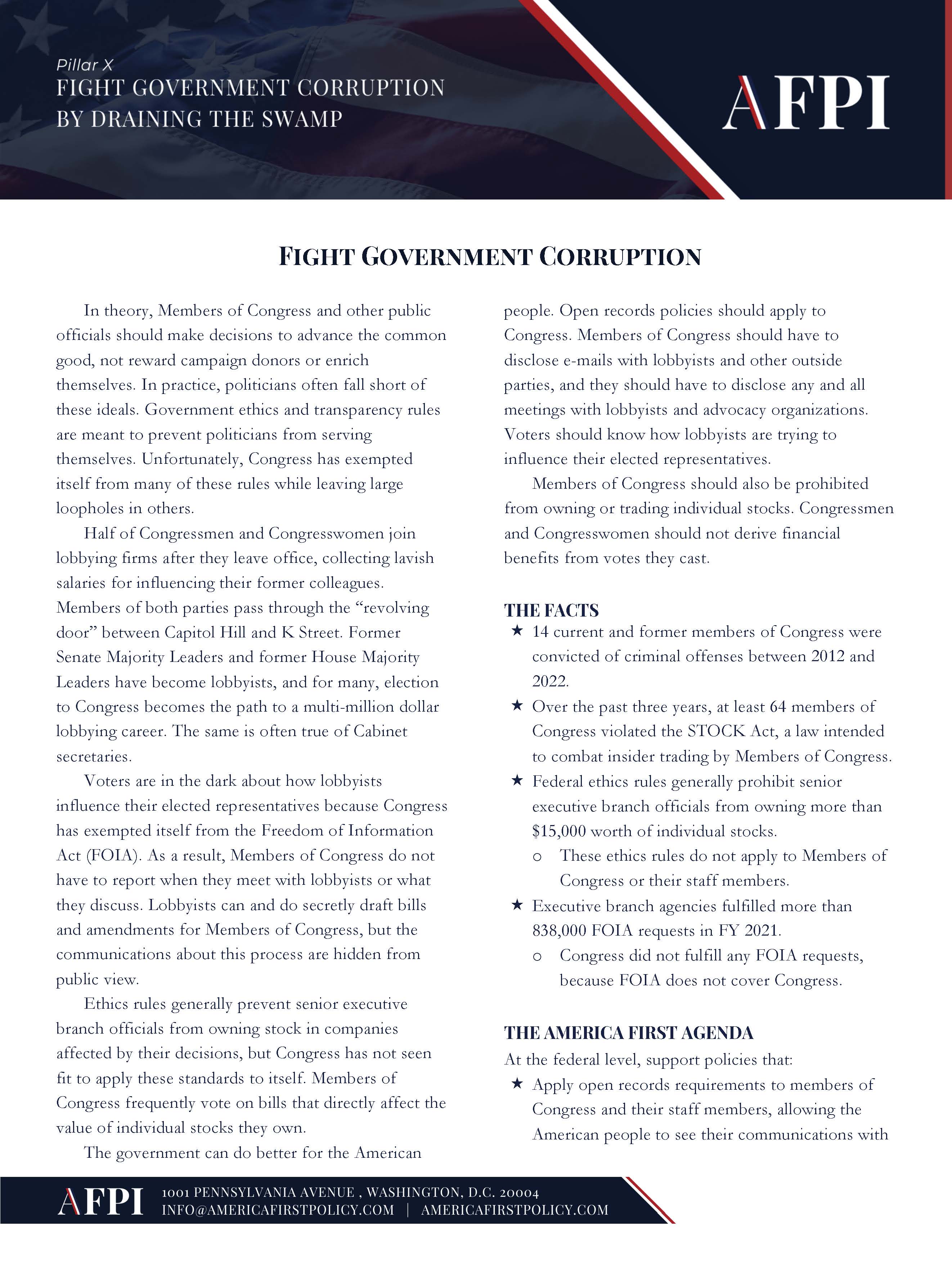 In theory, Members of Congress and other public officials should make decisions to advance the common good, not reward campaign donors or enrich themselves. In practice, politicians often fall short of these ideals. Government ethics and transparency rules are meant to prevent politicians from serving themselves. Unfortunately, Congress has exempted itself from many of these rules while leaving large loopholes in others.

Half of Congressmen and Congresswomen join lobbying firms after they leave office, collecting lavish salaries for influencing their former colleagues. Members of both parties pass through the “revolving door” between Capitol Hill and K Street. Former Senate Majority Leaders and former House Majority Leaders have become lobbyists, and for many, election to Congress becomes the path to a multi-million dollar lobbying career. The same is often true of Cabinet secretaries.

Voters are in the dark about how lobbyists influence their elected representatives because Congress has exempted itself from the Freedom of Information Act (FOIA). As a result, Members of Congress do not have to report when they meet with lobbyists or what they discuss. Lobbyists can and do secretly draft bills and amendments for Members of Congress, but the communications about this process are hidden from public view.

Ethics rules generally prevent senior executive branch officials from owning stock in companies affected by their decisions, but Congress has not seen fit to apply these standards to itself. Members of Congress frequently vote on bills that directly affect the value of individual stocks they own.

Members of Congress should also be prohibited from owning or trading individual stocks. Congressmen and Congresswomen should not derive financial benefits from votes they cast.