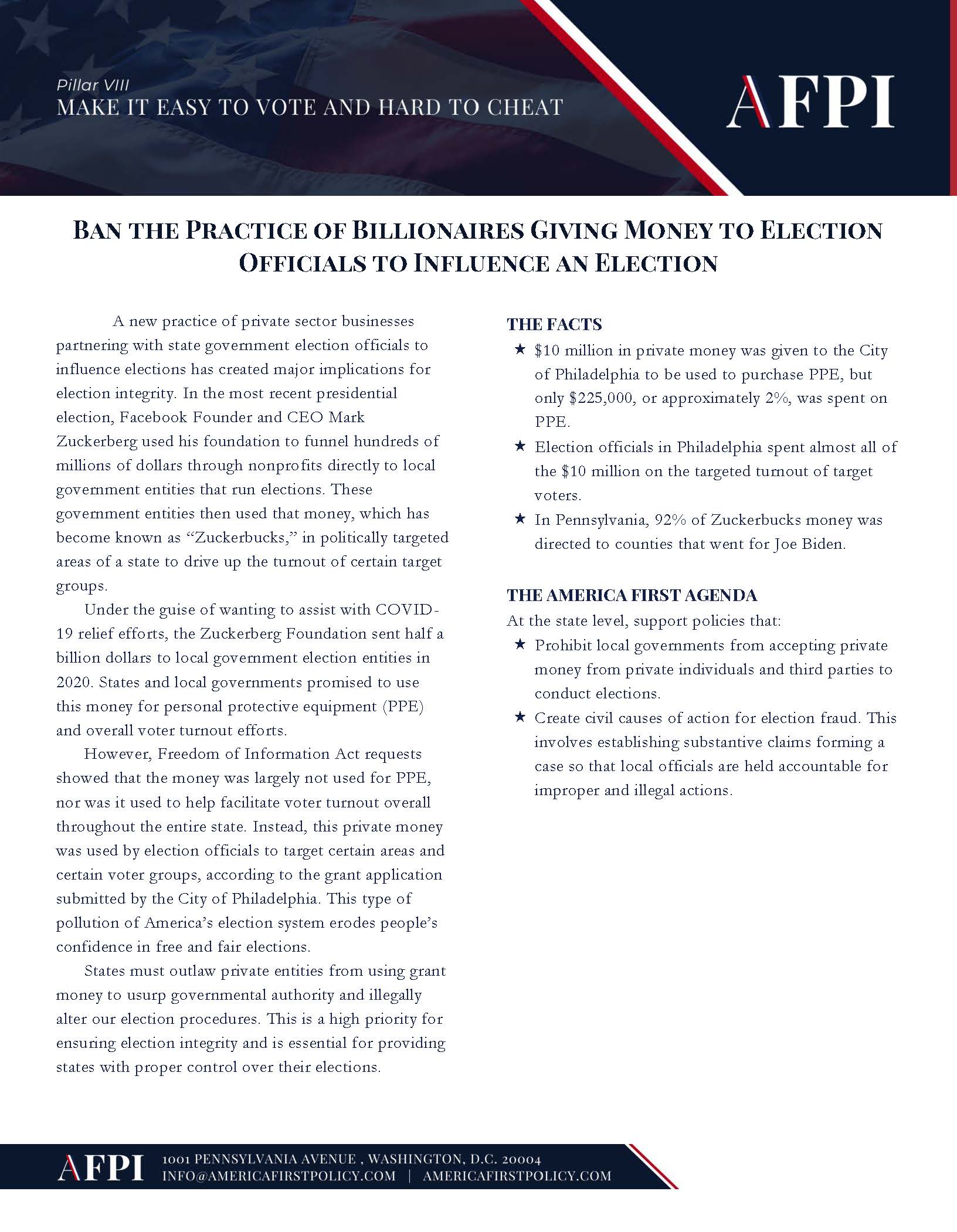 A new practice of private sector businesses partnering with state government election officials to influence elections has created major implications for election integrity. In the most recent presidential election, Facebook Founder and CEO Mark Zuckerberg used his foundation to funnel hundreds of millions of dollars through nonprofits directly to local government entities that run elections. These government entities then used that money, which has become known as “Zuckerbucks,” in politically targeted areas of a state to drive up the turnout of certain target groups.

Under the guise of wanting to assist with COVID-19 relief efforts, the Zuckerberg Foundation sent half a billion dollars to local government election entities in 2020. States and local governments promised to use this money for personal protective equipment (PPE) and overall voter turnout efforts.

However, Freedom of Information Act requests showed that the money was largely not used for PPE, nor was it used to help facilitate voter turnout overall throughout the entire state. Instead, this private money was used by election officials to target certain areas and certain voter groups, according to the grant application submitted by the City of Philadelphia. This type of pollution of America’s election system erodes people’s confidence in free and fair elections.

States must outlaw private entities from using grant money to usurp governmental authority and illegally alter our election procedures. This is a high priority for ensuring election integrity and is essential for providing states with proper control over their elections.

Shining a Light on Zuck Bucks in the 2020 Battleground States by Parker Thayer and Hayden Ludwig, Capital Research Center (Jan. 2022).

“Zuckerbucks” and the 2020 Election by Mollie Hemingway, Hillsdale College (Oct. 2021).

Zuckerbucks Shouldn’t Pay for Elections by The Editorial Board, The Wall Street Journal (Jan. 2022).

Zuckerbucks, The Foundation for Government Accountability.