Require All Ballots to Be Returned by Election Day 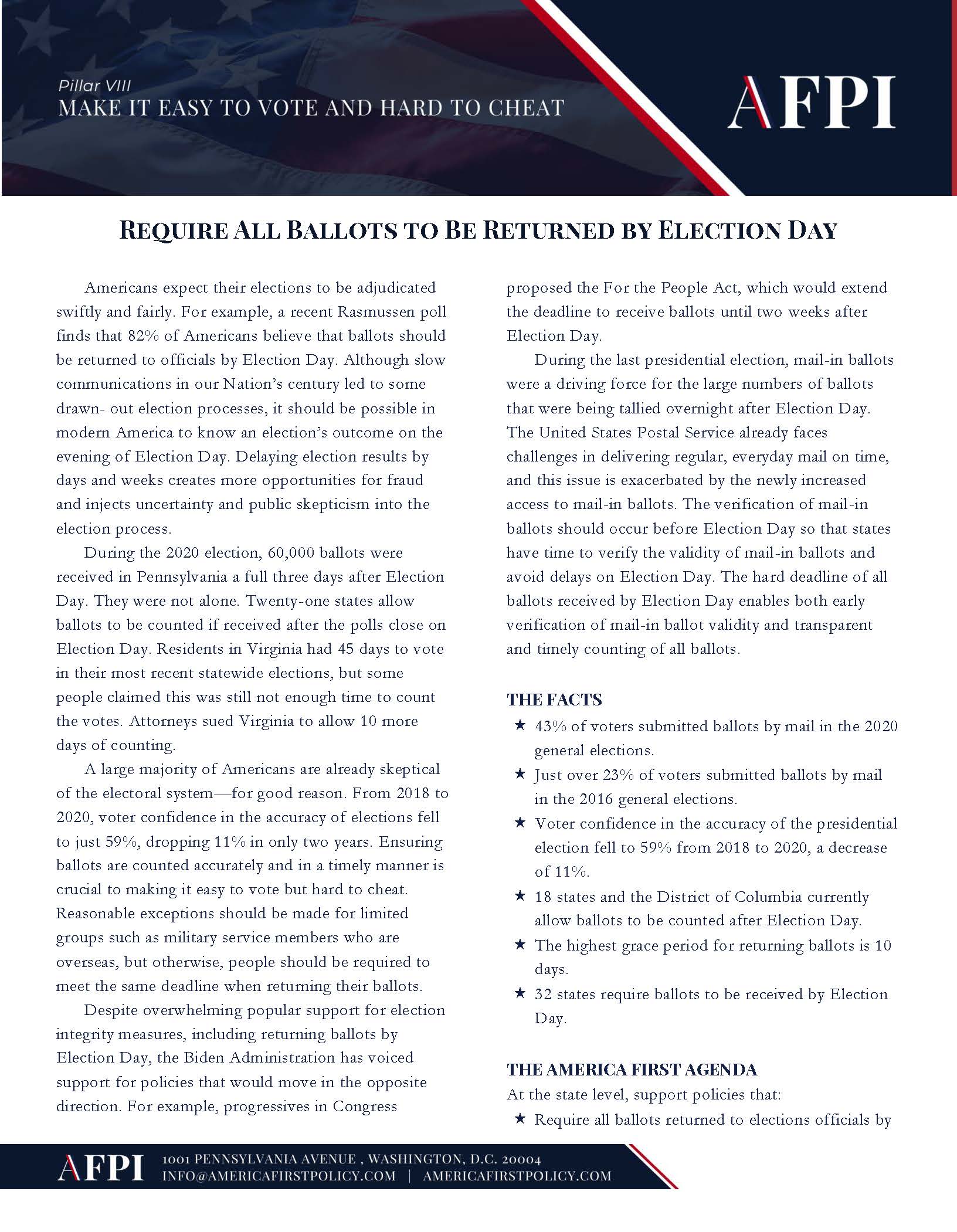 Americans expect their elections to be adjudicated swiftly and fairly. For example, a recent Rasmussen poll finds that 82% of Americans believe that ballots should be returned to officials by Election Day. Although slow communications in our Nation’s century led to some drawn- out election processes, it should be possible in modern America to know an election’s outcome on the evening of Election Day. Delaying election results by days and weeks creates more opportunities for fraud and injects uncertainty and public skepticism into the election process.

During the 2020 election, 60,000 ballots were received in Pennsylvania a full three days after Election Day. They were not alone. Twenty-one states allow ballots to be counted if received after the polls close on Election Day. Residents in Virginia had 45 days to vote in their most recent statewide elections, but some people claimed this was still not enough time to count the votes. Attorneys sued Virginia to allow 10 more days of counting.

A large majority of Americans are already skeptical of the electoral system—for good reason. From 2018 to 2020, voter confidence in the accuracy of elections fell to just 59%, dropping 11% in only two years. Ensuring ballots are counted accurately and in a timely manner is crucial to making it easy to vote but hard to cheat. Reasonable exceptions should be made for limited groups such as military service members who are overseas, but otherwise, people should be required to meet the same deadline when returning their ballots.

Despite overwhelming popular support for election integrity measures, including returning ballots by Election Day, the Biden Administration has voiced support for policies that would move in the opposite direction. For example, progressives in Congress proposed the For the People Act, which would extend the deadline to receive ballots until two weeks after Election Day.

Statement by President Joe Biden on the House of Representatives Passage of H.R. 1, The White House (March 2021).

States Have the Power to Restore Faith in Our Electoral System – Will They Use It? by Hogan Gidley, Real Clear Politics (Feb. 2022).